No comments to show.

Mainstream models sometimes look different depending on the market and this is exactly what Volkswagen did with the facelifted Polo for South America. The updated supermini benefits from a series of visual, technological, and mechanical updates while retaining a level of differentiation compared to its European counterpart.

The South American Polo gains a redesigned face that looks pretty similar to the European facelift. Minor differences include the chrome accents on the bumper intakes, the standard LED graphics on the headlights, and the absence of the full LED bar on the grille which has been replaced by a chrome strip just like in the lesser trims of the EU-spec model.
Also Read: VW, Skoda, And Seat Models To Share More Parts Under Their Uniquely Designed Bodies
The profile looks identical but the rear end features a completely different set of taillights. Those retain the outer shape of the pre-facelift sixth-gen Polo, unlike the European facelift which got horizontally arranged elements inspired by other members of the VW range like the T-Roc and the Golf. Still, the updated LED graphics with the dark background bring a fresh look in combination with the redesigned rear bumper.
This one is also unique to the South American model with repositioned reflectors, and a new diffuser-style insert with hidden exhaust pipes. Finally, new exterior shades have been added to the color palette including the pictured Vermelho Sunset.
What About The Interior? 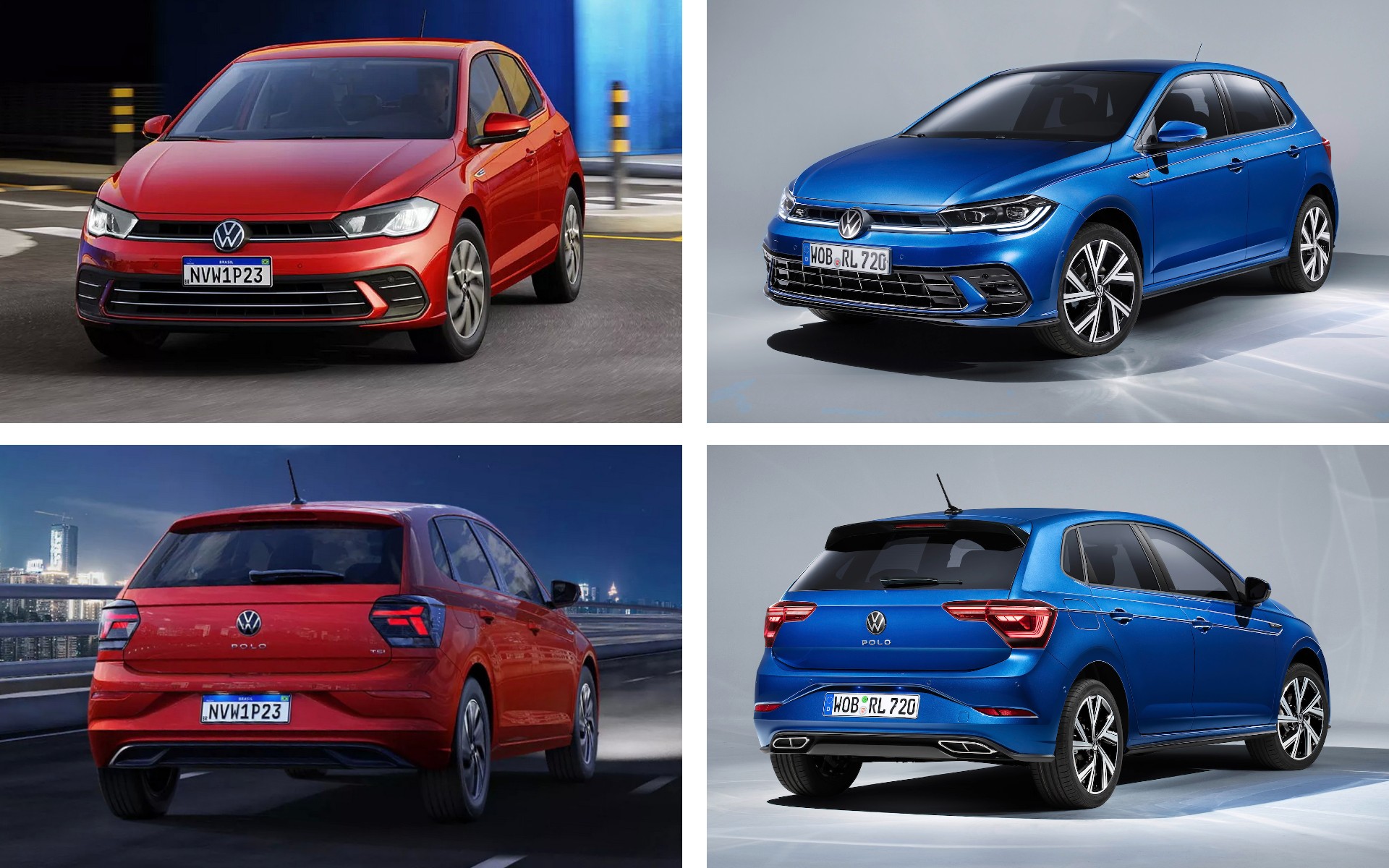 Inside, we find a new steering wheel, an 8-inch or 10.25-inch digital instrument cluster (depending on the trim), an infotainment touchscreen of up to 10 inches, new and sportier front seats, a modern-looking section for the climate controls, and a wireless charging pad on the base of the center console under the dual USB ports.
In terms of powertrains, the South American VW Polo is available with a naturally-aspirated 1.0-liter engine producing 83 hp (62 kW / 84 PS), and a turbocharged 1.0-liter TSI producing 109 hp (81 kW / 110 PS) when burning gasoline or 114 hp (85 kW / 116 PS) when burning ethanol which is slightly less than before. Power is sent to the front wheels either through a five-speed manual or through a six-speed automatic.
The facelifted VW Polo is already available to order in Brazil. Prices start from R$ 82,990 ($16,064), going all the way up to R$ 109,990 ($21,291) for the flagship Highline trim. Interestingly, those prices are lower than the pre-facelifted model, going against the global trend. The European VW Polo has a different trim structure and engine lineup so we can’t have a direct comparison, but all variants are more expensive. For example, the cheapest Polo with a 1.0 TSI costs R$ 92,990 ($17,990) in Brazil, compared to lb19,795 ($22,609) in the UK.

South America doesn’t get the Polo GTI hot hatch, although a sportier Polo GTS is expected to become a part of the local range soon – like the mechanically-related Virtus sedan. It is not clear when Volkswagen will unveil the Polo Track that was teased last May, sporting a different honeycomb pattern for the bumper intakes. You can watch the official presentation of the “Novo Polo” assuming you understand Portuguese or auto-translated subtitles.
PHOTO GALLERY 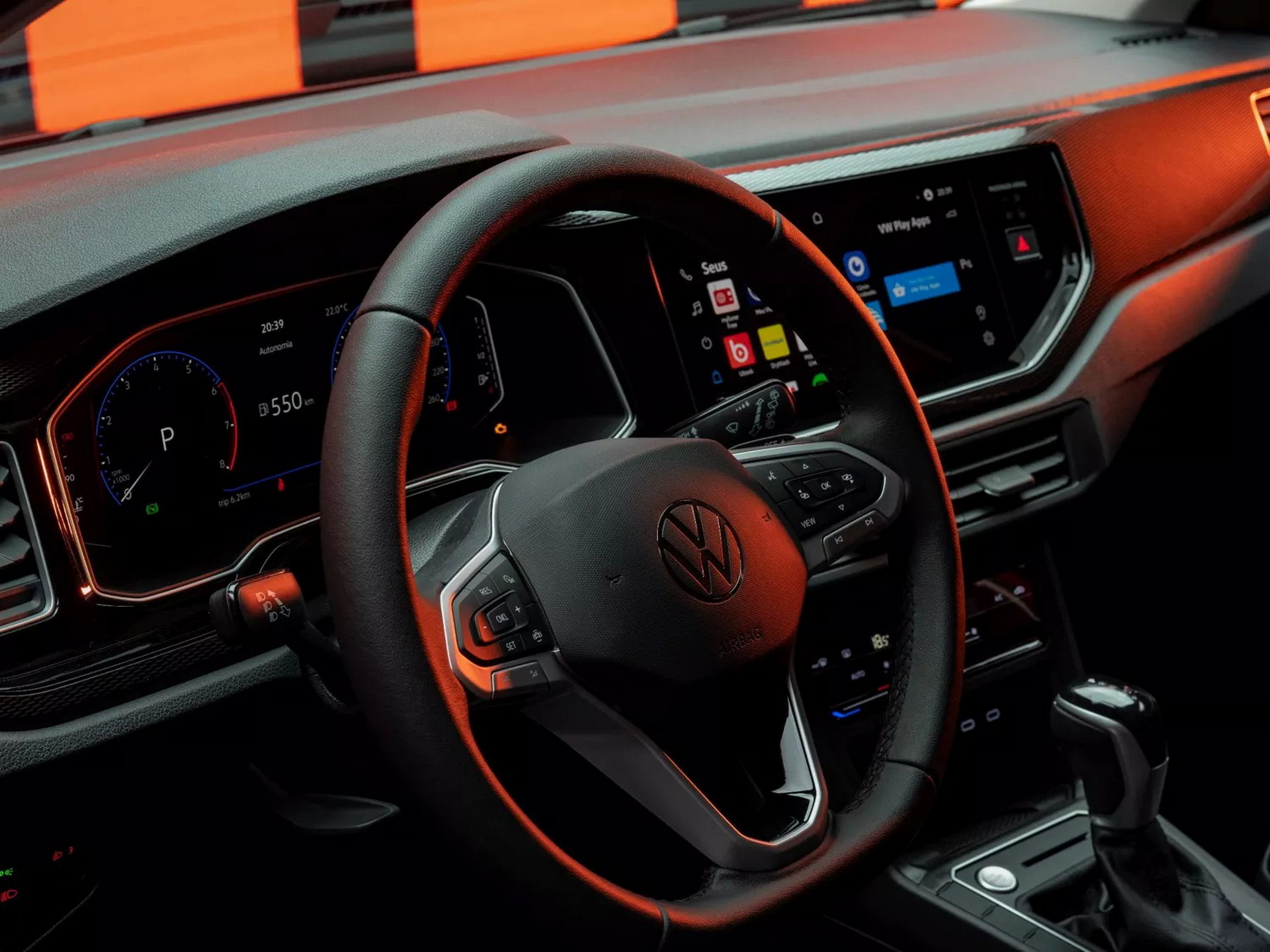